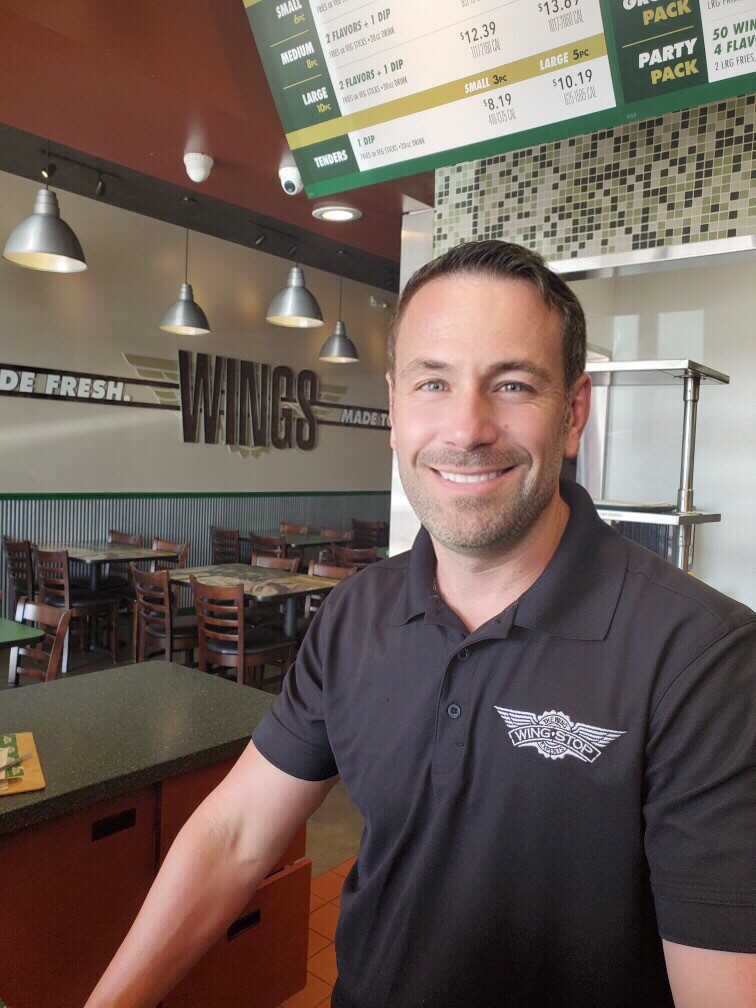 Brandon Gawthorp, a pioneer in the southwest region, operates more than 20 locations in Louisiana and Texas. He believes being part of a strong brand with an outstanding product, along with being part of a brand that is always raising expectations and pushing innovation, has been the recipe for success for him and many other Wingstop brand partners. Brandon follows a simple plan to operate the ‘Wingstop Way’ without cutting corners and feels fortunate to have a team who shares this vision.

"I think the most rewarding thing is being able to be part of something where I can build a real company and provide an opportunity for people. I love watching somebody who didn’t really have a lot of opportunity develop into a leader within the company. It’s truly rewarding."

What made you want to be a brand partner?

In 2001, I was 25 years old and had just gotten out of the Marine Corps. I started going to school and realized that I really wanted to be in the franchise business. However, when I started researching a few restaurant brands, it was hard for me to get started because of my lack of experience.

My girlfriend at the time and now wife, Chantel Gawthorp, mentioned that her uncle, Antonio Swad (Wingstop’s founder), started this thing called Wingstop. After she explained the concept, I thought it was the silliest thing ever because wings weren’t even popular, but I was struggling and thought he could give me some business pointers. She introduced us, and Antonio asked me if I wanted to ride in a helicopter from Dallas to Oklahoma to look at a Wingstop under construction. So we went up to Oklahoma to visit the site and I got to pick his brain. Once we got back to Dallas, I visited his first restaurant to see what the experience was like. Immediately after it opened, it was like an explosion went off with phones ringing off the hook and people coming in and out the door. At that time there were only about 21 Wingstop locations, but I instantly knew this was something special.

I’ve been around Wingstop for a long time, and it’s been awesome seeing it become what it is today. I’m really fortunate that Antonio took a chance on me.

What’s the most rewarding thing about being a brand partner?

I think the most rewarding thing is being able to be part of something where I can build a real company and provide an opportunity for people. I love watching somebody who didn’t really have a lot of opportunity develop into a leader within the company. It’s truly rewarding.

It’s also nice to know that this business isn’t just a trend that’s going away in five years, and you won’t have to revisit what to do next. People love their wings. I look at Wingstop as a career instead of an investment, even though it’s a great investment. I always feel that the effort I put in gets rewarded, and it just keeps happening over and over again. I love it!

Do you have any tips for people thinking about starting a business?

I think there’s no better time to start a business than right after something bad happens in the economy or a hardship. Think of this in a positive light – a lot of opportunity comes out of it, like more real-estate availability and being able to get discounted equipment. So, if you’re thinking about starting a new business, now is the time to start planning.

If you’re curious about becoming a brand partner with Wingstop, please visit wingstop.com/own-a-wingstop for more information.