Our vision of giving people the freedom to explore flavor without boundaries came to life with our Flavor World Tour. The 11-city tour featured our Wingstop Wing Truck offering free wings, a custom VR experience that inserts guests into our commercial, and gave one #FlavorFan at each stop FREE Wingstop for a year. You can say we really stan our fans. Click the tabs below to explore details on each of the stops. 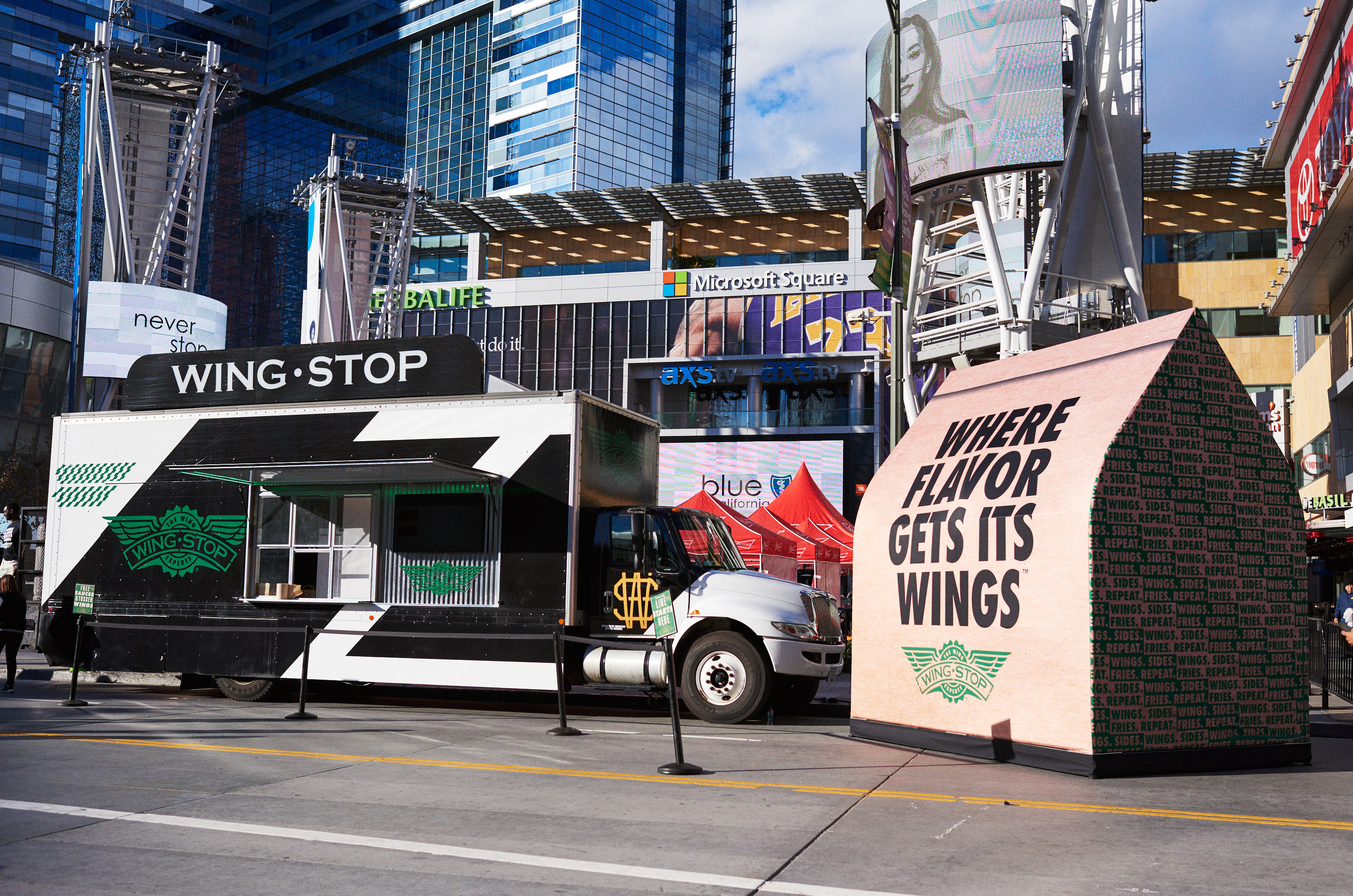 The City of Angels can’t get enough wings, so we debuted our giant, 12-foot Wingstop bag outside the LA Live venue. Event attendees lined up for their free wings and had the opportunity to snag a selfie before the glorious behemoth of flavor proportions. 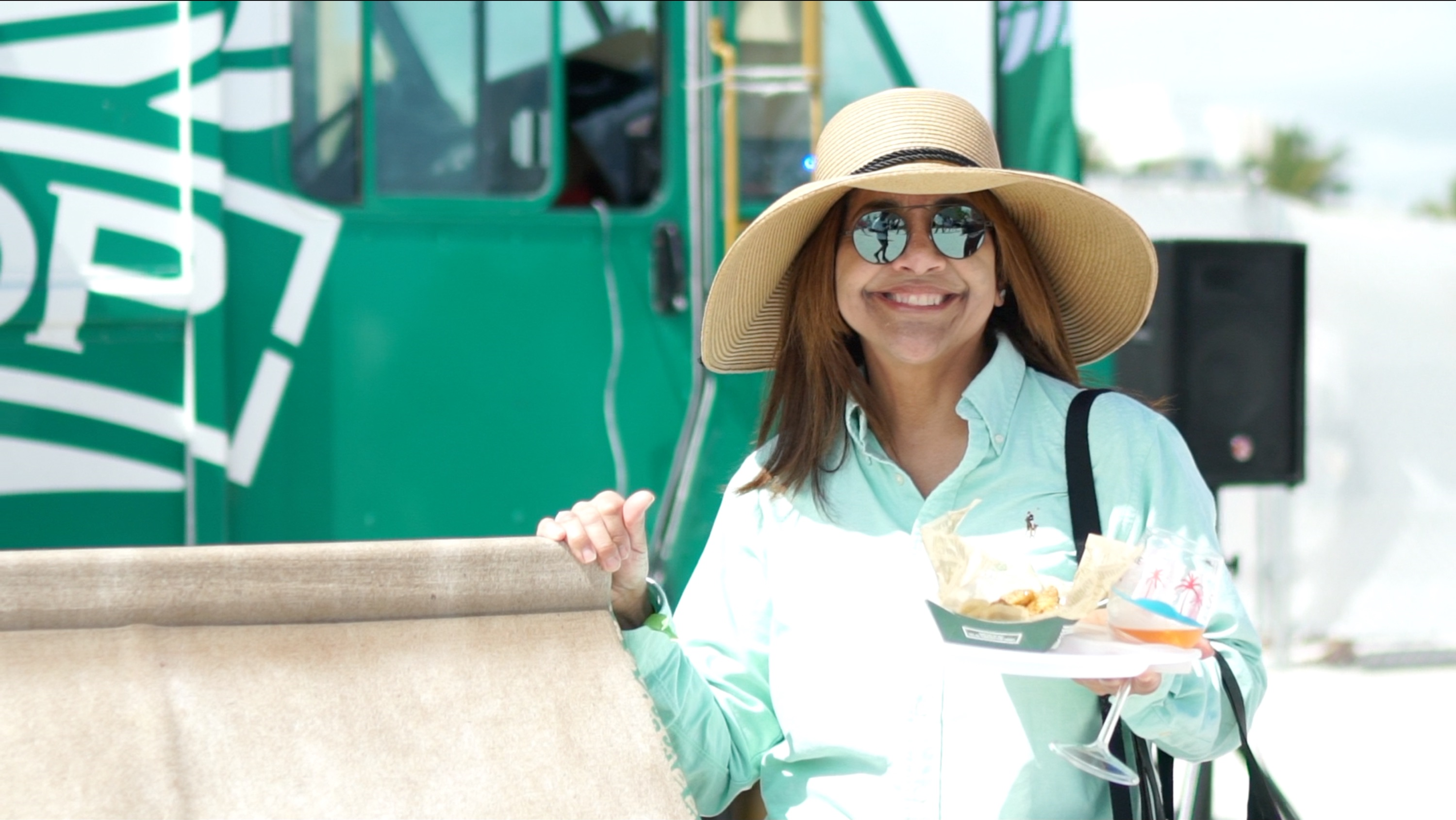 Smiles were all around when we hit up the South Beach Wine and Food Festival (SOBEWFF). The annual event hosted by the Food Network & Cooking Channel is not your average family-friendly gathering. Who knew wine and wings go together like lemon and pepper?

We landed in Houston’s Discovery Green park to surprise 1,200 fans with FREE wings. Professionals and families expected fun and laughter at the park, but what they got was so much better. “Wingstop in the park,” one guest said. “This has to be the best day ever!”

Happy fans lined up eager for their chance to taste our golden flavor. The fifth year of the Pot of Gold Music Festival in Phoenix took place over St. Patrick’s Day weekend, and the luckiest guests made sure to snag their free wings fresh off the truck on their way to the concert. 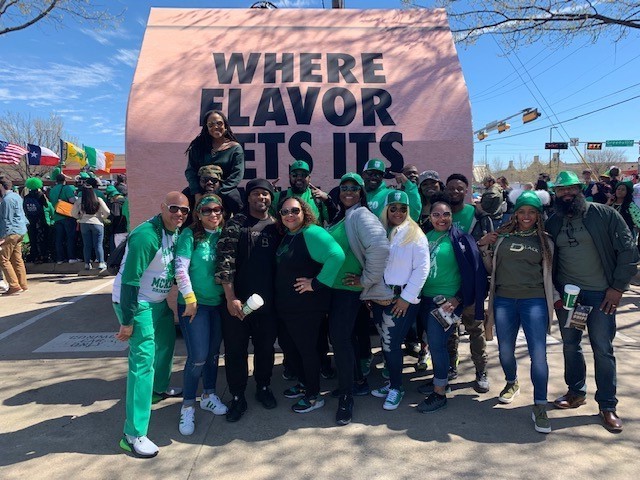 Everyone was wearing Wingstop green at the St. Patrick’s Parade and Festival in Dallas, the 40th anniversary for the largest St. Patrick’s parade in the Southwest. The hype was real and the luckiest fan won free wings for a year, proving that Wingstop is Where Flavor Gets Its WingsTM. 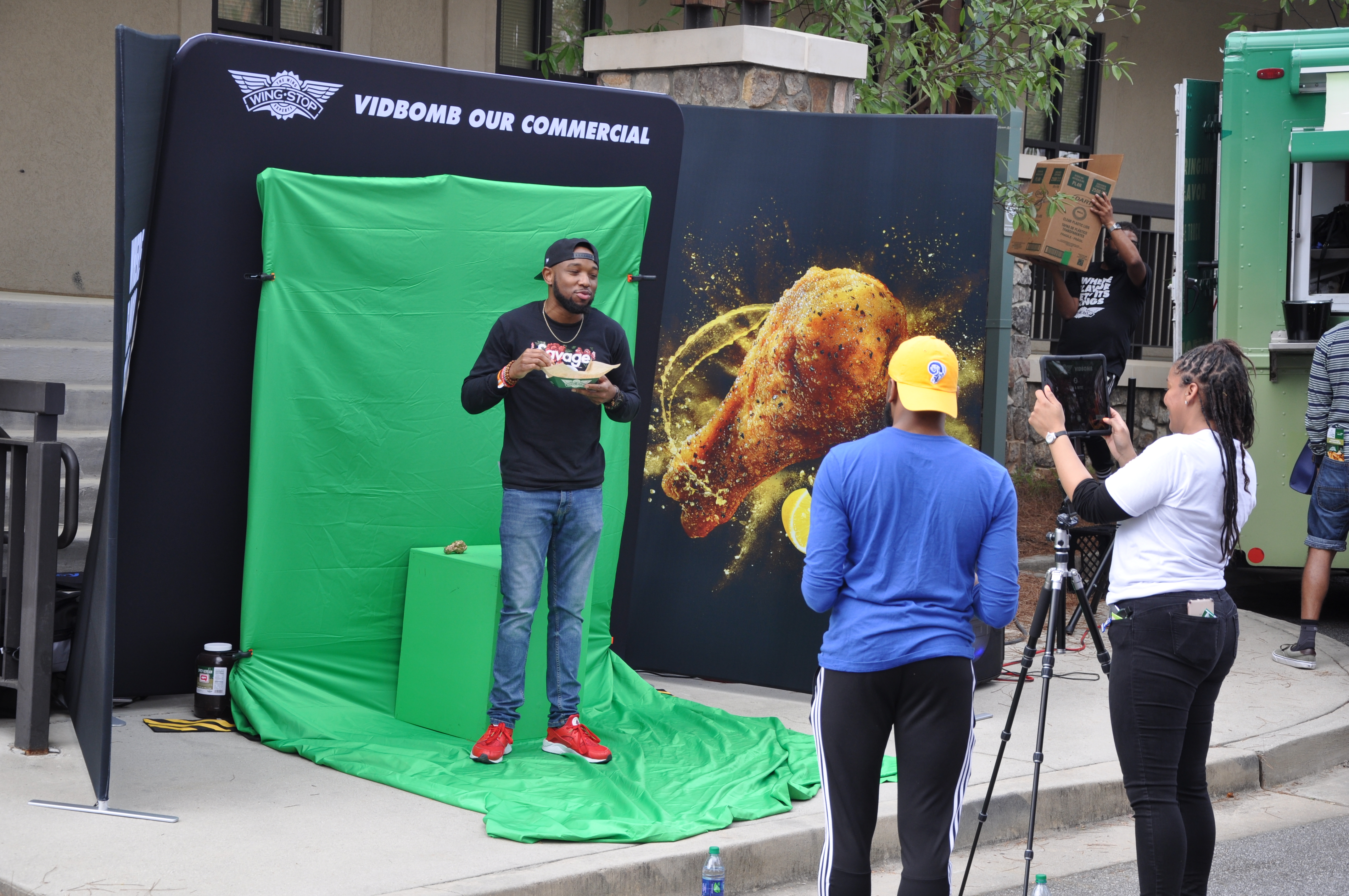 Since it’s what we do best, we had to show up for the Slingin’ Wings Festival in Atlanta. We immersed the city into the Flavor World, showing up with free wings and our interactive vid-bomb feature, a technology innovation that uses customized VR to insert fans into our TV spot. The festival was a hit, and Wingstop – and our fans – were the stars! 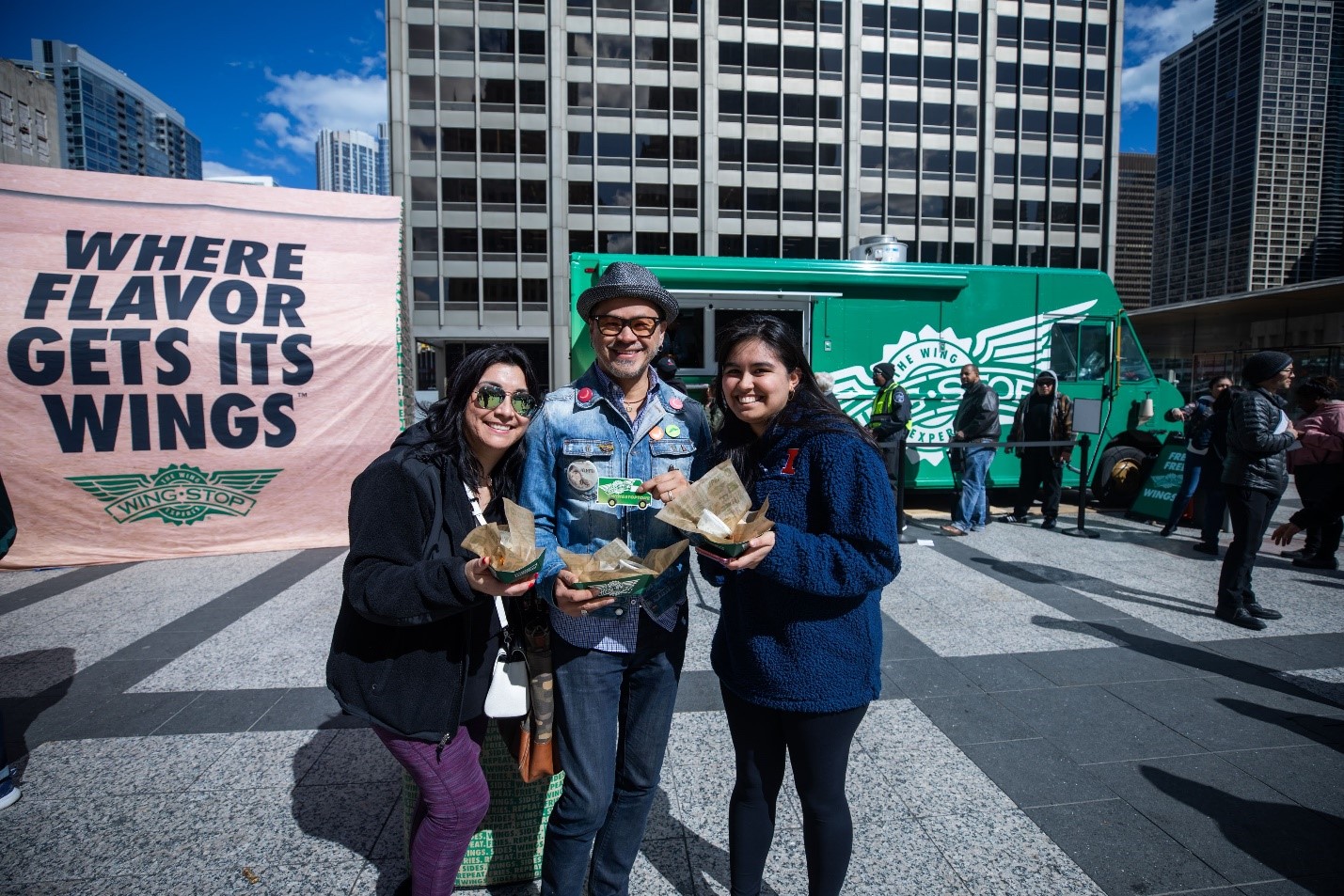 We blew fans away at the Windy City when we showed up right on their front porch at the Magnificent Mile, Chicago’s premier commercial district. As with each stop, one #FlavorFan won FREE wings for a year. That’s what we call magnificent! 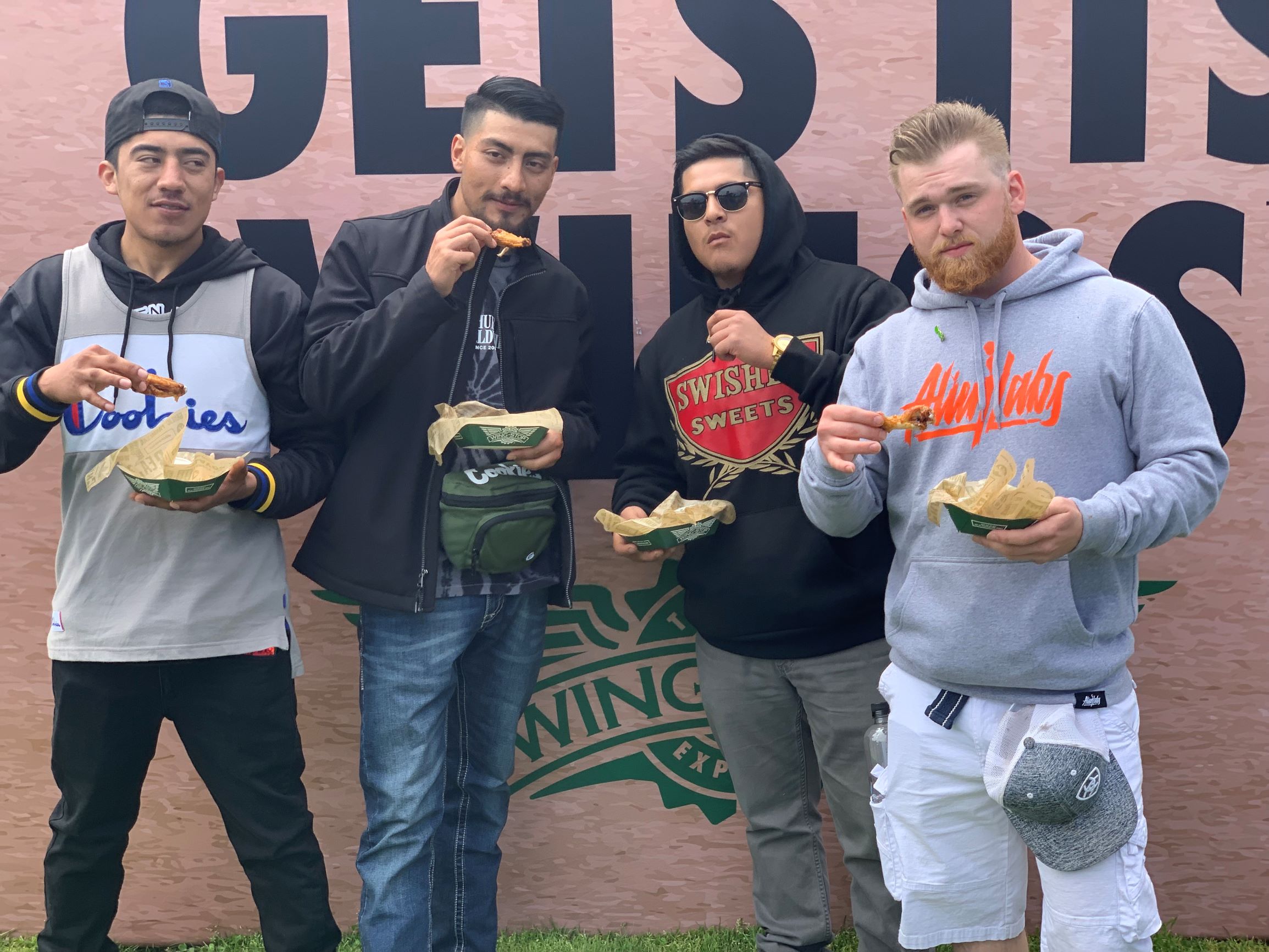 Fans on the lawn of Hippie Hill in Golden Gate Park of San Francisco got an extra dose of our sensory-enhancing flavor on April 20. Everyone had that chill swagger you’d expect when the music plays and the Wingstop truck rolls up. 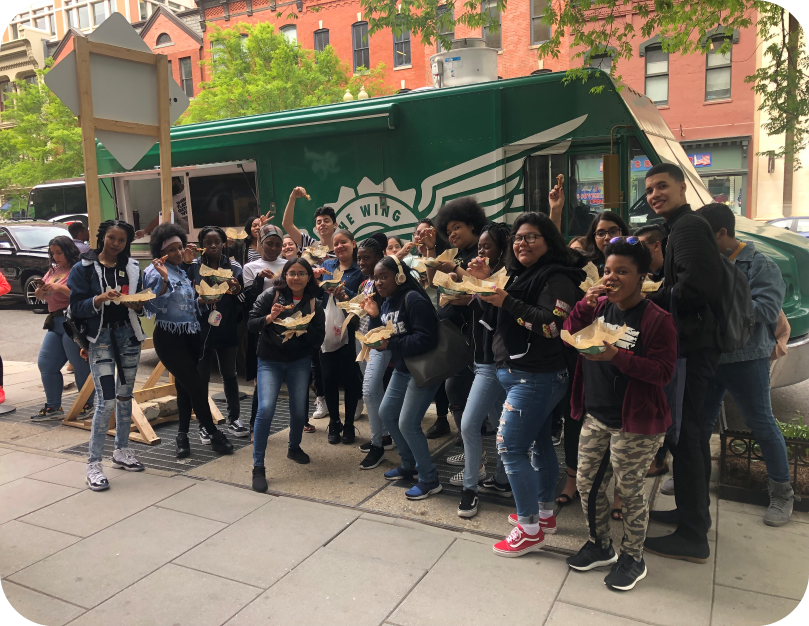 Who wouldn’t appreciate the smack of Lemon Pepper at a Broccoli City Festival? We set up and fans showed up. Broccoli City Founder, Brandon McEachem said it best: “Broccoli City is all about sustainable communities. Wingstop giving free wings is the same exact thing.” Happy to help. 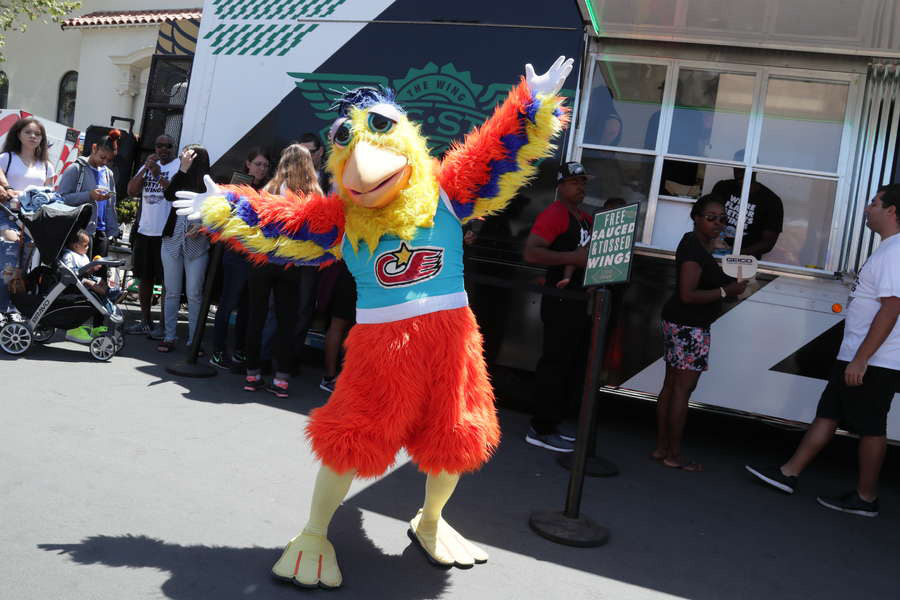 We brought a special guest to the Old Town Fiesta for Cinco de Mayo in San Diego – The San Diego Chicken! This local legend welcomed guests and even served wings from the truck, proving that Wingstop is where San Diego gets its wings. 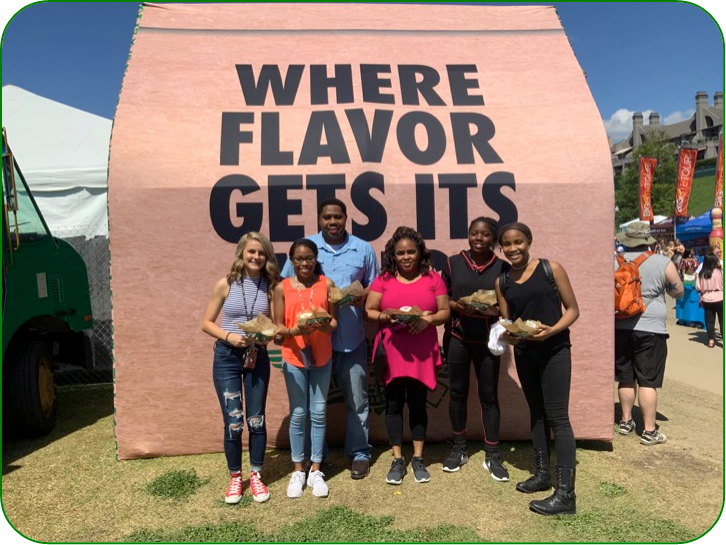 The Beale Street Music Festival attracted more than 100,000 attendees during Cinco de Mayo weekend, and we were there to give them what they REALLY came for! Free wings packed with unbeatable flavor. One fan exclaimed, “I got my tequila, I got my wings… it’s Wingo de Mayo!

The Flavor World Tour might be over, but our trucks are still in action. With summer just around the corner, you can bet we’ll be making some rounds. Hit us in the comments below with where you want us to turn up. Keep track of the truck by following us on Twitter and watching our Instagram stories. You might just catch us coming to a city near you.