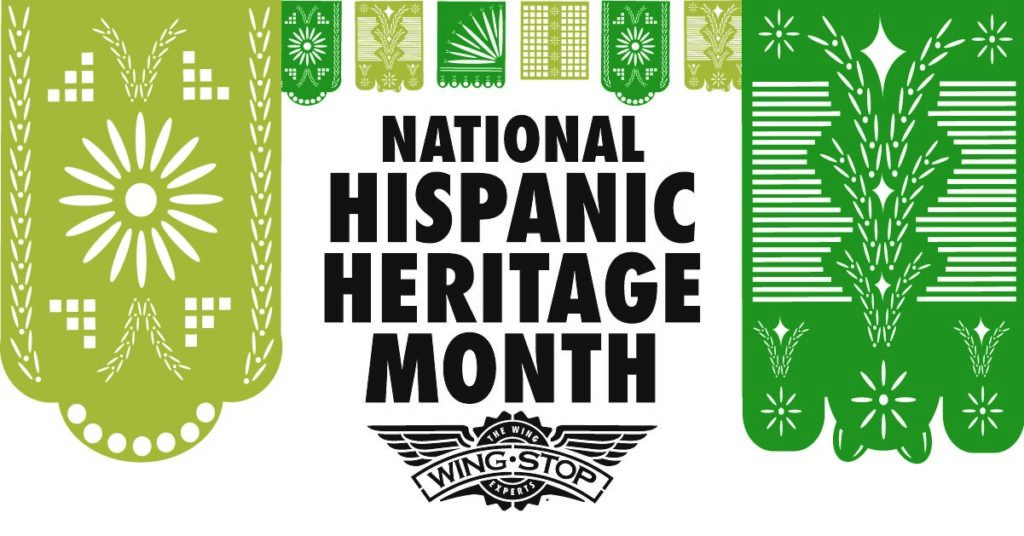 National Hispanic Heritage Month is from September 15 – October 15. During this time, we recognize the contributions and influence of Hispanic Americans to the history, culture, and achievements of the United States.

At Wingstop, we live by The Wingstop Way. Our value of inclusion is top-of-mind and we are spotlighting some of our rockstar team members who bring their true selves to work every day.

This week, Ivan Rodriguez, Senior Director International, sat down with us to discuss his experience as a Latino in the workplace. Join us as we honor the diverse background and experience that he brings to the table.

What are some adversities in the workplace that you have had to overcome and how did you do it?

I thought about this extensively, and the main challenge in the workplace is communication in English.

Being born and raised in Puerto Rico (and absolutely proud of it) Spanish is my first language, and even though I’ve lived in the US for a while now, my default thinking language is Spanish. Something I’ve always struggled with and continue to do so today, is communication in English.

For example, firstly, English is a very precise language, and when you learn it as a second language, you are never taught to pay attention to the specific meaning and/or intent behind words, especially in a business context. Example: saying we have an opportunity and we have a problem is not the same, the latter carries much more weight. Eventually I understood the difference.

Additionally, nobody ever teaches you the US business lingo i.e. “Lift and Shift,” “Rack and Stack,” etc. –those are terms I learned last year! So, it’s a constant struggle to continue refining my knowledge of words and intent within a specific context and at the same time, taking in business phrases which in my view continue to pop up every so often.

Second, and most importantly, is the challenge of speaking in English. The obvious one is my pronunciation.  For the longest time, I was embarrassed that I sounded different. I tried my hardest to sound “local” and I never could. Then I was fortunate to travel around the US and found out that sounding local was a relative term. Eventually, after a lot of internal conflict, I decided to embrace my accent. There are times that I have to repeat myself because I either don’t use the correct terminology – this happens in writing and spoken word – or simply because my accent is not conducive to people understanding me easily. Then, one day, I saw the light. A friend told me an undeniable truth, English is my second language. I’m incredibly successful not using my strongest communication tool.

Think about that for a minute. Imagine Serena Williams playing the US Open with her left hand, or Phil Mickelson taking tee shots with his right. You eventually develop a proficiency, but never to the degree with what’s inherently natural to you. Does that mean I have to work harder than someone whose first language is English? Unequivocally, yes. But ultimately, that’s my advantage. Because it’s always a matter of context and perspective. At the end of the day, I have grown to succeed in a business where English is the dominant language, but I believe it would be challenging for most native English-speakers to succeed in a Spanish-speaking world. As the world becomes one global platform, those who eventually have the competitive advantage are those who can communicate across a variety of languages and cultures.

So, patience my young padawan, the force is with you.

Who are some Hispanic leaders you look up to?

I look up to them because they’ve all been very successful within the traditionally Caucasian environment. We have a lot of Latino leaders, but an important majority of them are entrepreneurs that have been able to build their businesses (and I take my hat off to them), but entrepreneurship is not for everyone. The individuals I look up to serve as beacons that have reached a very high level of success within the very traditional US structures and serve as great role models for those who have chosen a more traditional path. They are people that have really broken through the proverbial door and are setting an incredible example, as business leader but more importantly, as people. There aren’t many examples of success within the traditional structures, and I want to be able to shine a light on the ones that are making us proud within this path.

What advice do you have for other Latinos in the workplace?

If you can “get in the door,” make sure you hold it open for the individuals that are coming in after you. I would also highly encourage you to mentor them. It doesn’t help anyone, or what we are fighting for, if they make the same mistakes you made. The idea is that they can get further and have a bigger impact – that’s how we make progress. I not only tell this to Latinos, but to all underrepresented minorities and those who have suffered from systemic inequalities. We are all in this together..