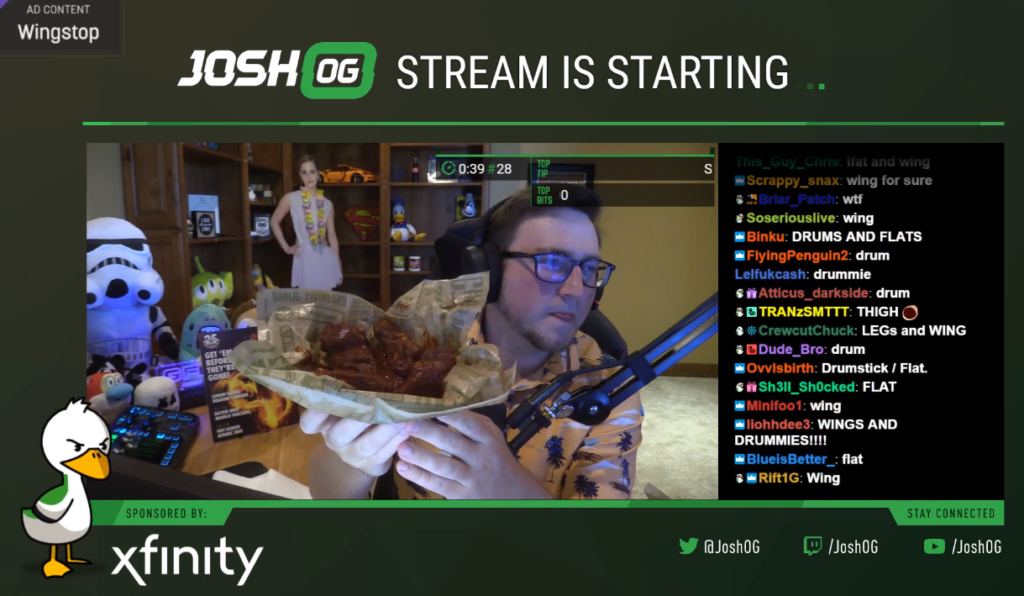 Who knew that gaming and Wingstop go together like lemon and pepper? We did! That’s why we partnered with Twitch, one of the lead streaming platforms out there. We brought together the flavor-craze of our wings to the gamer community in a BIG way, with a flavor voting extension featuring some of the best streamers out there. 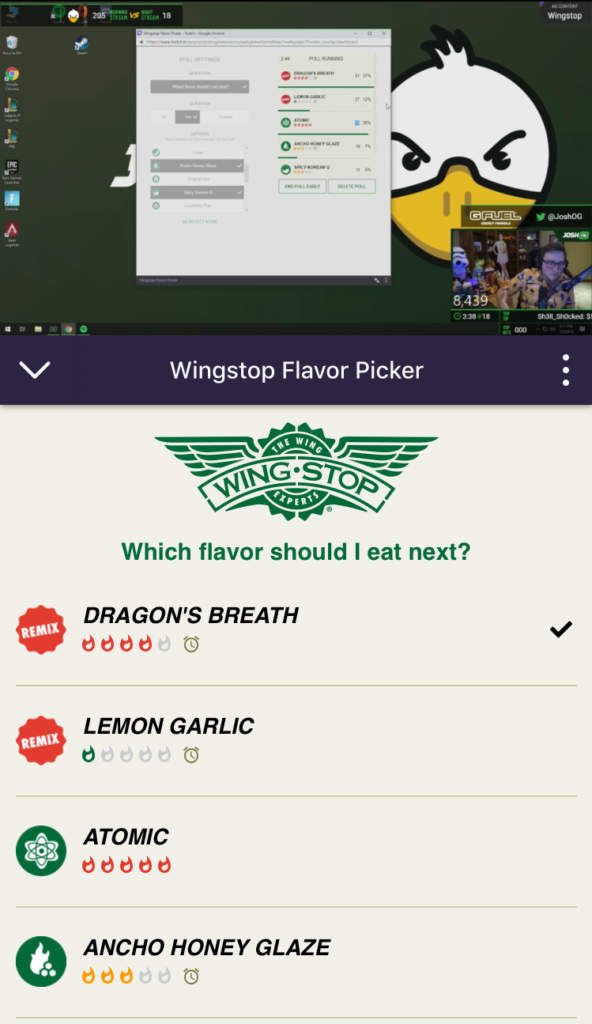 To bring our flavor front and center and show off what we’re all about, we buddied up with our friends from the gaming side and tried out something new for Wingstop and Twitch, a flavor voting extension! If that doesn’t excite you and just make your mouth water, maybe you’re not paying attention…

The flavor voting extension lets Chat interact with the stream and vote which flavors the streamer will eat next – that’s right, the fans called the shots. Talk about a choose your adventure…

We didn’t just partner with some noobs from the internet either, we got some real Wingstop fans and pro gamers to try out the new innovation. During our 25 Days of Flavor celebration, we provided each of our gamers with a smorgasbord of options, including our then-available flavor remixes – please don’t ragequit, they were only for a limited time.

The streamers who used our voting extension 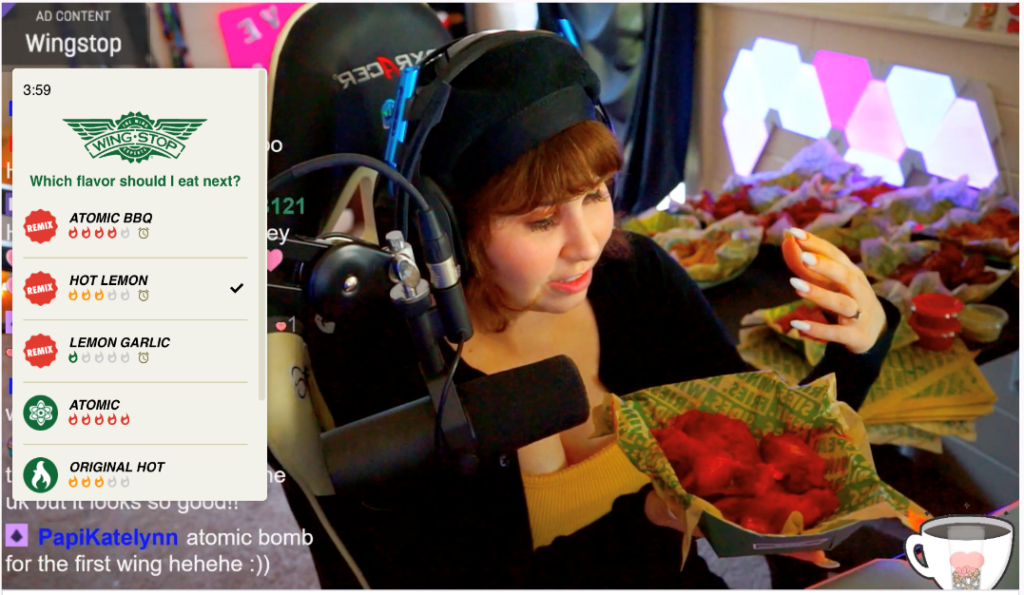 JoshOG took the heat from Chat when they voted he try our hottest flavors. Starting with what some might describe as the final boss might not be recommended, but he was soon pwning the rest like a pro. While he ate his tasty dinner, Josh also played Teamfight Tactics, a round-based strategy game.

LobosJR was the second to stream with Wingstop. He chowed down on some delicious flavors while playing the action role-playing game, Dark Souls.

TheHaleyBaby has been one of our biggest fans from the start and was so hyped for our amazing flavors that she let the game wait for later. Making the voting extension the game, she had her fans vote multiple times, eager to dig in on the flavor. After dinner, she played Minecraft and Apex Legends. See her stream here.

Lastly, we had ProfessorBroman, a full-time streamer known for games like Destiny and Warframe. He played Destiny 2 while enjoying a heaping pile of wings. You can see his stream here.

Delivery and takeout mean convenience for all gamers

As the above streamers can testify, we deliver the flavor with every bite. If you’re a gamer, listen to the professionals. Get your mouthwatering setup and stream alongside Wingstop in your next gaming sesh.

Whether you’re a hardcore or casual gamer, Wingstop has just what you need to fuel your playtime. You can order online for carryout, or even get delivery in select markets. Order now on our five-star app or at Wingstop.com and get your game on.